Have you ever felt too small to do a really big job? That’s what a little shepherd boy named Dave feels when his big brothers head off to defend their country, leaving Dave behind with the sheep. “Big people do big things, and little people do little things,”they tell him. They’re in for a surprise, however, when they find out their foe is much bigger than they thought! This telling of the classic biblical story of David and Goliath teaches kids that “with God, all things are possible.” It makes no difference whether you’re 9-feet tall or 2-feet tall — with God’s help, even little guys can do big things!

This countertop is the first we get introduced to Larry Boy.  Larry shows up on the counter in his Larry Boy costume and proceeds to get stuck to all sorts of things with his super suction plunger ears.  He needs Bob in order to get free.

Dave and the Giant Pickle

Dave and his brothers are out watching sheep.  These sheep need to be watched because they tip over– even more so when his brothers want to tease him.  (There’s even a reference here to Are You My Neighbor?— did you catch it?)

When Pa Grape shows up saying that the Philistines are attacking the Israelites Bob has to explain the difference between the Philistines and the Philippines.  After doing that, we see Dave (Junior Asparagus) is left out of going to fight Goliath because of his size.

I Love My Lips

This silly song sees Archibald as a psychiatrist trying to help Larry out.  Larry loves his lips.  And there are a few things in this silly song to watch for.  There’s a drawing of Mike Nawrocki, and some pictures of Flibber-o-loo up in the background.

Dave and the Giant Pickle

Dave goes to see King Saul (Archibald Asparagus) and decides to fight Goliath– a great big pickle.  Which is even funnier because he’s related to a bunch of little french peas!  Dave uses one stone and a sling (taking off his head to whirl the sling) and knocks Goliath down before riding a sheep off into the sunset.

Bob wraps it all up saying that Larry can pretend to be a superhero as long as he realizes that plain old Larry is pretty special.  Larry ends up stuck to the camera lens as the credits roll. 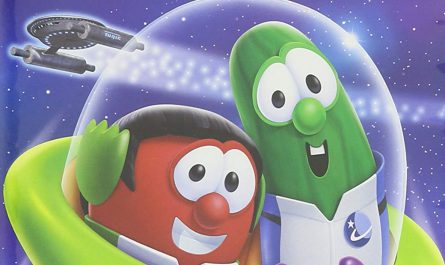 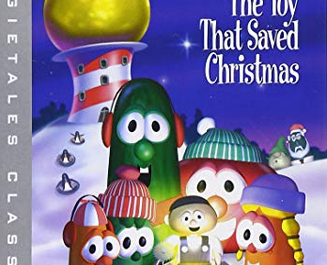 The Toy That Saved Christmas

One thought on “VeggieTales: Dave and the Giant Pickle”