Robin Good is based off Robin Hood, but instead of stealing from the poor, he fundraises for the poor. He and his merry men sell lemonade, and sell games of golf. They understand that it is wrong to steal and they always stick together, until the Sheriff of Nottingham (played by Bob the Tomato) takes a ham that the crew worked on for a long time. Then the merry men want to steal from the king, but Robin Good (played by Larry the Cucumber) doesn’t think that is right. Which should Robin do, should he join his friends and do what he shouldn’t do, or do what he knows is right?

Robin goes to seek advice and learns an important lesson, do what is right not what is wrong. Robin’s friend Mrs. Crespie, helps him understand what he is supposed to do, even when it may not seem right. Robin, even after being left by his friends, helps them and his enemies when they are in danger.

There also is a short in this movie talking about little Lenny, who on his birthday is forgotten. Lenny doesn’t feel special, but he learns that sometimes things don’t go right, but that he will be okay. This is a good lesson that things won’t stay bad forever.

The Silly Song, Bubble Rap is very catchy and to listen to the boys sing it, click on the video below.

Wormy has been on the team since March 2018. He created the website so that he could help others learn more about the movies they want to see. Wormy reviews a lot of the movies that you see being reviewed. He mostly is responsible for Marvel, Star Wars, Star Trek, and other action movies.

View all posts by Wormy → 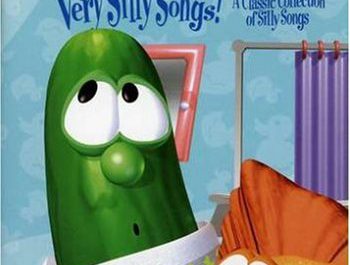 Did You See the Trivia Question?