This is the very first Silly Song and the only Silly Song written by Phil Vischer. He states in a Behind the Scenes segment that he came up with this silly song while walking in the mall. The little ditty made it onto the first VeggieTales’ Video, Where’s God When I’m S-Scared?, when Phil and Mike decided that something had to come between the first and second segments.

The original concept for the break was for there to be a short filler that would be something different in between the acts. The concept of always having a silly song was not something that was planned. In fact, in Episode 2, God Wants Me to Forgive Them?, they showed a short called The Forgive-o-matic. This brought huge demands of “Where is my silly song?”

This Silly Song has two segements and starts out with Larry in a tall cowboy hat singing that everyone has a water buffalo and that he got his head stuck in the door. It’s interrupted by Archibald Asparagus claiming that nasty letters will be coming their way because everyone does not have a water buffalo. Telling Larry he’s not ready to deal with the letters, he orders Larry not to be so silly.

Larry then starts the second verse about everyone having a baby kangaroo, at which Archibald chases him off screen. 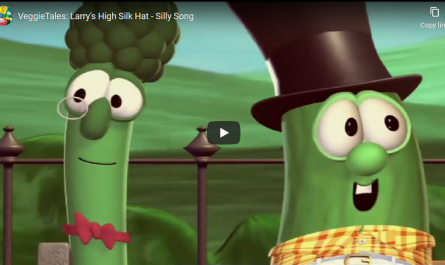