The countertop is done up like a living room, with Larry watching a television soap-opera that he has a stuffed character from– Barbara Manatee.  The action goes from Larry singing to his stuffed animal to the characters on the soap-opera singing.

Larry is singing his love to Barbara as he gets involved with what’s going on between Barbara and Phil.  The first stanza has Barbara asking Phil to take her to ball– since she’s gotten all ready for it– but Phil says that he’s off to a foreign country and can’t take her because she doesn’t speak French.

Larry sings the chorus saying that he will take her to the ball and dancing a tango.  The second stanza  has Barbara telling Phil that she’s learned French, but we find out that Phil can’t dance!

In the middle of the chorus, as Larry is dancing, Bob interrupts asking Larry what he’s doing.  He suggests that Larry read a book, instead of watching so much television– amusing for a children’s television show! 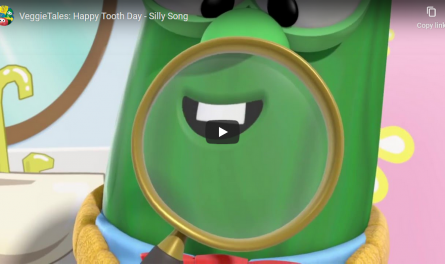